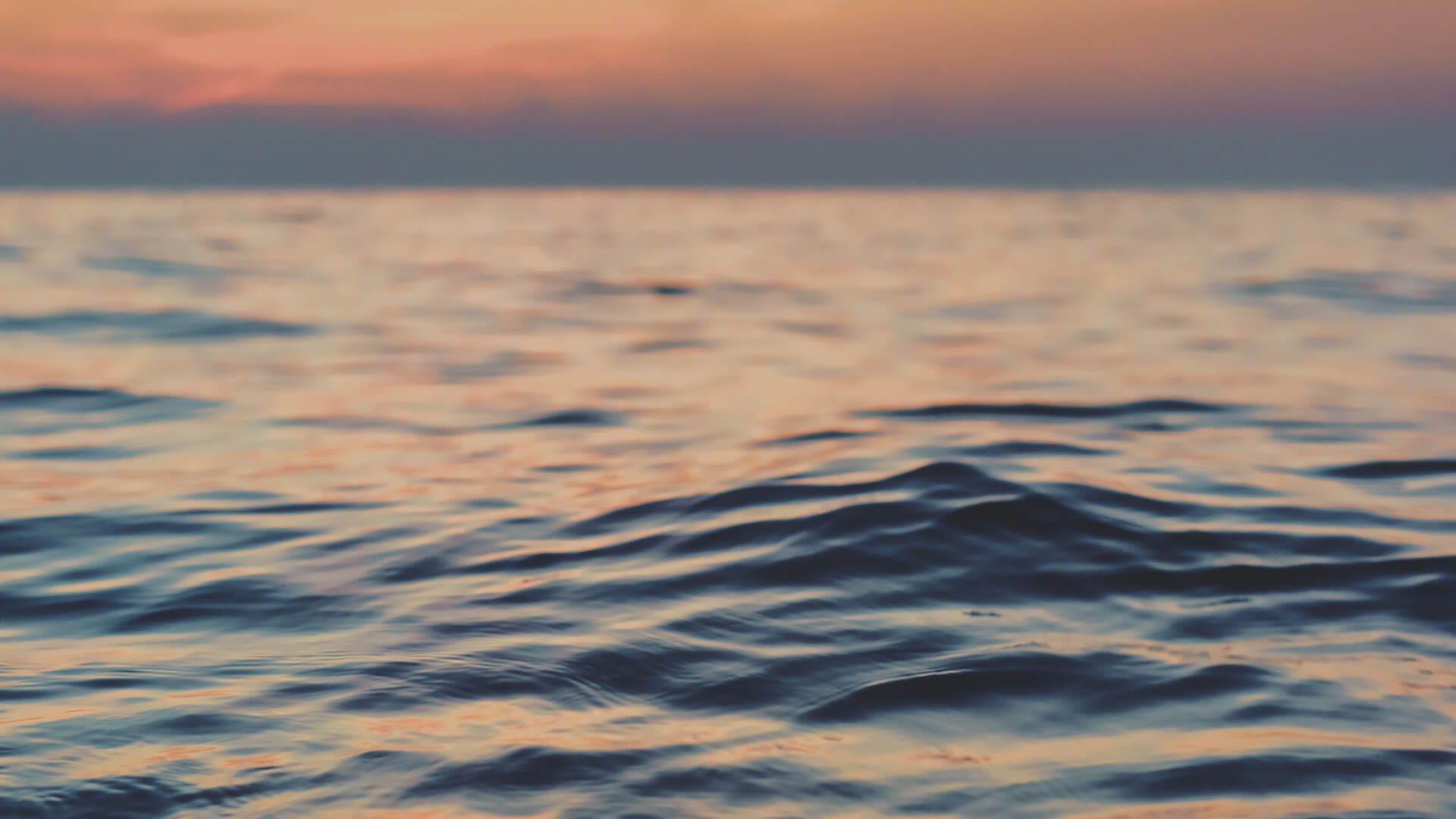 The Overberg law firm of Guthrie & Theron was established in 1896 when CJF (Charlie) Theron and FAC (Frank) Guthrie entered into a partnership and registered with the Cape Law Society. Charlie also farmed in the Caledon district whilst Frank came from Scotland. Charlie and Frank were brothers in law. Despite of its years, Guthrie & Theron is an energetic and dynamic legal firm at the forefront of its industry and young at heart. Guthrie & Theron has offices at Hermanus, Caledon, Greyton, Gansbaai and Riviersonderend and has been attending to the legal needs of the Overberg community beyond for countless years.

An interesting anecdote is that the famous beer, Castle Lager was first produced in 1896 and and it is safe to say that after more than a century the said two institutions have stood the test of time. We serve second and third generations of clients which is testimony to the honesty, integrity and trustworthiness of the firm. Although the firm is rich and steeped in history our focus is firmly bound to the future. We are aware of a constant need for change, as legal needs change and constantly engage in renewing legal skills, knowledge and expertise. We are aware of the fact that a successful legal practice has to be precise, fast and have practical solutions for everyday legal problems. We therefore strive to solve and finalise the legal problems of clients as expeditiously and as cost effectively as possible.
We are competent in most disciplines of law, but focus on conveyancing, commercial law, estate planning, estate administration, property development and High Magistrate Court litigation. We are on the panels of ABSA Bank, Standard Bank, Nedbank and First National Bank as far as the registration of mortgage bonds are concerned. The firms current partners are Johan van Rooyen, Jacques du Toit, Charl Cilliers and André du Toit. Guthrie & Theron is community orientated and its partners have over the years being involved as committee members and, in most instances, chairmen of the following instances:
We also train candidate attorneys and employ law students during university holidays to ensure that they undergo the necessary experience. During 2006 Guthrie & Theron started an estate agency which presently operates under the name and style of Guthrie & Theron Properties. The said agency has eleven branches and twenty-five agents in the Overberg region. All the partners, consultants and professional assistants of Guthrie & Theron are sport orientated and therefore we have, with reference to the lovely game of cricket adopted as our motto …. "more than 100 years of undefeated service" 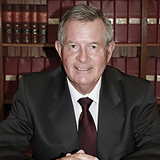 André du Toit (Snr)
Consultant
André was educated at Paul Roos Gymnasium, Stellenbosch, Afrikaans Hoër Seunskool, Pretoria and University of Pretoria. He was admitted as an Attorney in 1973. André joined the firm Guthrie & Theron in 1972 and became a partner in 1976. He was the senior partner of the said firm from 1984 to 2011 when he left the partnership and joined Guthrie & Theron as consultant. André specializes in all aspects of property law, contracts, trusts, estate planning and administration of estates. 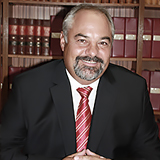 Johan van Rooyen
Senior Partner
Johan obtained a BLC degree in 1985, the LLB degree in 1987 from the University of Pretoria and was admitted as an attorney in 1992. He joined the Guthrie & Theron team in 1990 as an articled clerk and became a partner in 1995.

He is a conveyancer and notary and oversees the conveyancing and deceased estates departments in the Hermanus branch of the firm, after the retirement of mentor and partner Andrè du Toit. He holds an LLM in Property Law (UNISA), an Advanced Diploma in Labour Law RAU), and a Certificate in Deceased Estates (UNISA).

Like most of the partners in Guthrie & Theron, Johan is deeply involved in the community, having served a term as Chairman of the Hermanus Chamber of Commerce and did stints on the governing bodies of SOFCA, Hermanus Pre-Primary School, Hermanus Primary School and Hermanus High School. Johan is a member of the Hermanus Golf Club (12 handicap), the Walker Bay Ski-Boat and Angling Club and the Hermanus Old Boys Club. Johan currently serves as the firm's Senior Partner. 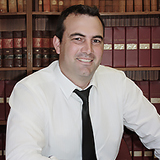 André du Toit (Jnr)
Senior Partner
Andre du Toit (jnr) obtained a BA law degree in 1998 and the LLB degree in 2000 from the University of Stellenbosch and was admitted as an attorney in 2003. He is studying part time at Unisa for a LLM degree.

During his studies at Stellenbosch University he played for Wilgenhof's First Rugby and Cricket Team. André did his articles at Jan S de Villiers Attorneys now incorporated by Werksmans and joined Guthrie and Theron during 2002 where he became a partner during 2007 André oversees the firm's Property Law and Conveyancing Department at the Kleinmond branch and specialises in all aspects of property law, contracts, trusts, estates and civil litigation. André plays golf, cricket, tennis and squash and also enjoys mountain biking and fishing. He is also the chairman of The Kleinmond Cricket Club. And serves on the Kleinmond Primary School Governing Body.
View More 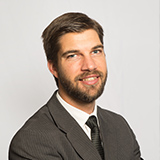 Craig Snyders
Attorney
Craig obtained his LLB degree in 2007 and his LLM (Mercantile Law) degree in 2008, both from the University of Stellenbosch. He also has the right of appearance in the High Court of South Africa and was admitted as a conveyancer in 2011. His main areas of practice are general and commercial litigation, in both the lower and high courts of South Africa as well as contractual drafting and dispute resolution.

In his free time, you will find him doing a trail run or searching for waves to surf along the coast.
View More 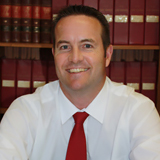 Jacques du Toit
Senior Partner
Jacques Du Toit was educated at Hermanus High School and the University of Stellenbosch BA LLB. He did his articles with Werksmans Attorneys whom was at that stage known as Jan S De Villiers Attorneys. He was admitted as an attorney in 2001. He joined Guthrie & Theron with his late older brother, Julian Du Toit, and father André Du Toit in 2001 as a PA and became a partner in 2005. Jacques oversees the firm's commercial, civil and criminal litigation, family law, third party claims and evictions.

Being a true bred local, Jacques is involved in various fields of the community having served on the Cricket Club Committee, Golf Club Committee, NGK Onrus Council, Hermanus Business Chamber, Hermanus Round Table (Chairman in 2005).

He is a current member of the Hermanus Golf Club (15), Hermanus Tennis & Squash Club and Hermanus Round Table. Jacques currently serves as partner with Johan Van Rooyen in Hermanus. 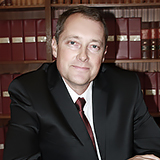 Charl Cilliers
Senior Partner
Attended Durbanville High School and went on to obtain a BA LLB degree from the University of Stellenbosch. After completing his degree he filled the position of State Prosecutor and also District Prosecutor in Vryburg and was founded as an attorney in 1997.

He joined Guthrie & Theron in 1998 and became a partner in 2005. He was founded as a Conveyancer in 2006 and an Appraiser in 2009. Charl manages the Gansbaai and Caledon Offices. His areas of expertise are: General Practice, Property and Conveyancing and estates. He spends his free time in Nature. He is a member of the Hermanus Yacht Club and a member of the Gansbaai Business Chamber.
View More 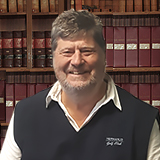 Johan Krogg
Attorney
Johann Krog obtained his B.Comm LLB Degree from Stellenbosch University and was admitted as attorney in 1979. He was appointed as Partner at Du Toit Hawemann Attorneys on 1980. Johann spesialises in Contract Law, Family Law, Civil and Criminal Litigation.

He served as Deputy Mayor of Durban in 1993, and currently is Chairman on the Governing Body of High School Hermanus.

Johan has been working as Consultant for Guthrie and Theron Attorneys since 2015.
View More 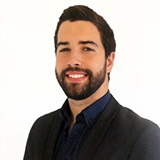 Juvan Heyns
Attorney
Juvan was educated at Stellenberg High School and the University of Stellenbosch where he obtained his LLB degree in 2016. He was admitted as attorney, notary and conveyancer in 2019.

His main areas of practice are civil litigation, commercial law, contract law, labour law and evictions.
View More
We use cookies to improve your experience on our website. By continuing to browse, you agree to our use of cookies
X